We love hearing from trip participants. Thanks, Caroline, for reminding us how quickly relationships can be formed. Read some highlights from her trip below! 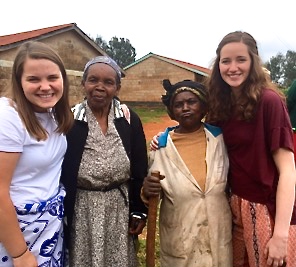 On one of our last bus rides, my team was asked to think of one story that could capture the experience we had in Kenya. After thinking about it for a few minutes, I knew exactly what story I would tell.

While we were in Karagoto and Tumutumu, we visited 4 different schools. At one of the schools, we were asked to get together with a group of children so that we could pray for them as they prepare for their upcoming exams. I prayed with 4 girls, 2 named Grace and 2 named Mary. After I got to know them a little and prayed with them, we went to the field where they play, and they taught me games that they knew along with some of the other girls at the school. 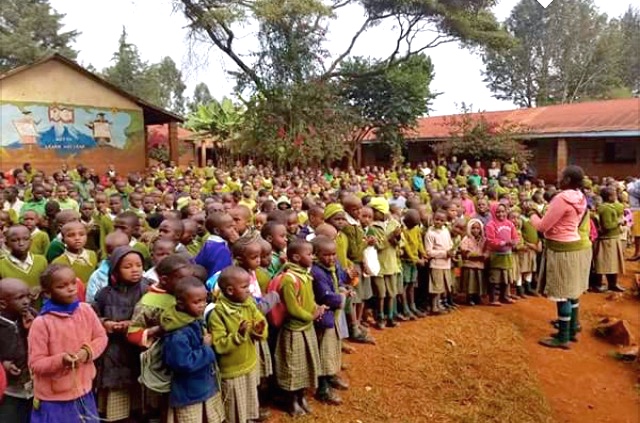 When it was time to leave, we said our goodbyes, and I got on our bus. As we were waiting for everyone to board the bus, 2 of the girls I prayed with found where I was sitting on the bus and knocked on my window. I opened it to say goodbye, and Grace said to me “Goodbye. I’ll miss you so much.” I was speechless. I had only spent maybe an hour with this 13-year-old girl, and we had already formed a connection.

Honestly this story is just such a testament to how quickly deep relationships were formed. The people I met in Kenya were so quick to love and open themselves up to my team and I. Not only were the people there willing to do so, my team was also so quick to put themselves out there and share with the people in the communities. I truly think that’s why I can say that I left a part of myself in Karagoto & Tumutumu. Relationships just seemed to come so easily. But I think that’s also a testament to what it truly means to be one in heart and mind. We may live thousands of miles apart, but we’re all children of a Heavenly Father that bonds us together with His love.